What language should you learn to become a sought-after developer? Catch the top 7 programming languages needed in 2020. 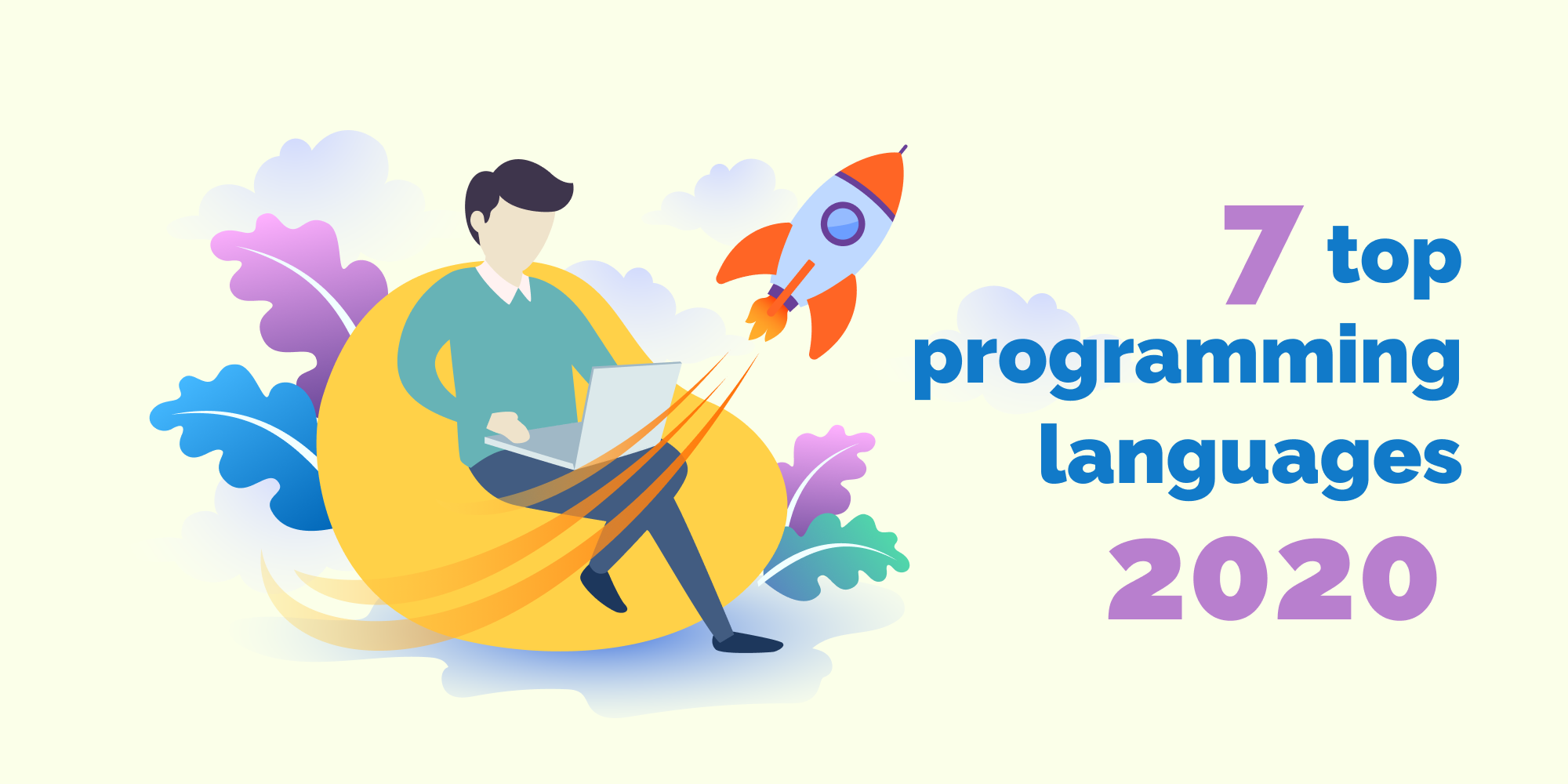 We live in the digital age, where information technology is developing rapidly. These days, the demand to study programming is growing rapidly. Development is divided into small specialties, including system programming, game development, mobile app design and web programming. If you want to learn development on your own or take a suitable position, look at the languages that are popular today.

Programmers choose from a huge variety of languages, from JavaScript to Python software development. Some have soared in popularity only in recent years: Python programmers, for example, are a fast-growing niche, while others are in steep decline.

Since programming languages are the backbone of a product, it’s important to understand why developers use specific languages and the total benefits each will bring to your software.

For example, developers of Java, C++ and Python benefit differently. So, which language is best suited for your project? Let’s take a look at the main programming languages for 2020.

Python continues to gain momentum. In fact, according to Stack Overflow, it is the only programming language that has shown a steady upward trend in popularity over the past five years.

The TIOBE Index predicts that it will soon surpass Java and C. So if you’ve chosen Python as your next project development tool, you’re not alone.

Python developers learn to write code quickly and easily, which is due to the simplicity of the language. It is a general-purpose language, meaning it is used to create anything. It’s also free and open source, and provides a bunch of libraries.

Machine learning, artificial intelligence, Big Data, and robotics rely on Python. A major software development challenge, cybersecurity, is also solved with Python. In addition, in 2019, Python is the most popular language of introductory courses at universities.

Java is the most famous programming language. It was released in 1995 and remains popular to this day, although, as mentioned above, Python developers may soon overtake Java programmers in numbers. This general-purpose language is widely used for developing mobile applications and games, especially for Android.

The number of JavaScript users has grown recently. It’s now ranked number one in popularity, according to the 2019 Stack Overflow developer survey. It’s an object-oriented language that’s responsible for creating interactive, dynamic Web pages, including features such as animation and zooming. JavaScript has a large community and lots of support, as well as libraries and frameworks.

It is the #1 language on GitHub in terms of pull requests. A ton of modern websites use JavaScript today.

When you run JavaScript in your browser, you don’t load any additional software. And also the language is very accessible for beginners. Because of its simplicity and speed, many startups and technology companies use JavaScript today.

C++ has gained popularity among developers around the world and often becomes the basis for learning other languages. This powerful programming language with a history of more than 30 years is still actively used in gamemode.

Many popular applications are written in C++, including Google Chrome, Photoshop, PDFReader, and others. Microsoft, PayPal, and LinkedIn continue to use it. If you’re a professional C++ programmer, you have a good chance of getting a high-end salary with the big guys like Google or Facebook.

In the current reality, C++ is still actively being improved by the community. More and more language updates are being created, such as C++14, C++17, and the upcoming C++20.

For developers who know Java, learning C# is relatively easy. It is relatively young, released in 2001, but is showing positive momentum, with a growing community and support. C# is an object-oriented programming language developed by Microsoft. C# runs on the .NET platform, which is used to write desktop applications and games on Windows. Although C# is also suitable for developing mobile applications. This language is built on the C and C++ languages, but it is easier to use.

C# has a syntax similar to Java. In addition, the Xamarin platform, written in C#, is used when developing applications for devices with a variety of operating systems (Android, iOS and others). C# is commonly used in virtual reality, 2D and 3D games.

Swift and Python developers are two of the brightest representatives of the fast-growing segments in programming. Released in 2014, Swift is the preferred language for Apple apps and software. So if you want to develop products compatible with Mac OS or iO, learn Swift.

Despite its age, it has already proven to be a very practical and functional language, especially compared to previous Apple-related languages. It is also easy to support and uses very little memory.

Software development in JavaScript and Python has become much more widespread than PHP, but the language is still among the popular ones. PHP is a general-purpose language and is mostly used for server-side programming.

WordPress works with PHP as well as with major companies such as Facebook, MailChimp and Slack. Some useful features include quality debugging and an extensive ecosystem. PHP is also easy to learn.

Now you know which languages will be in demand in 2020, and you’ll encounter them everywhere in the coming months.

Given your own and your team’s preferences for choosing one language, keep in mind that each language offers advantages in achieving different goals. For example, for mobile and desktop applications, turn into a Python developer. When you need interactive elements on a site, JavaScript is likely to be the choice. C# is a good option for creating games.

However, no matter which language you choose, know that the seven on this list offer distinct advantages and will help you create great code for your project.

Also, don’t ignore and learn other languages: it predisposes you to be comfortable with your work. In fact, developments in information technology and recent trends are pushing you to learn more and more programming languages to become a versatile developer.

What language will you learn?